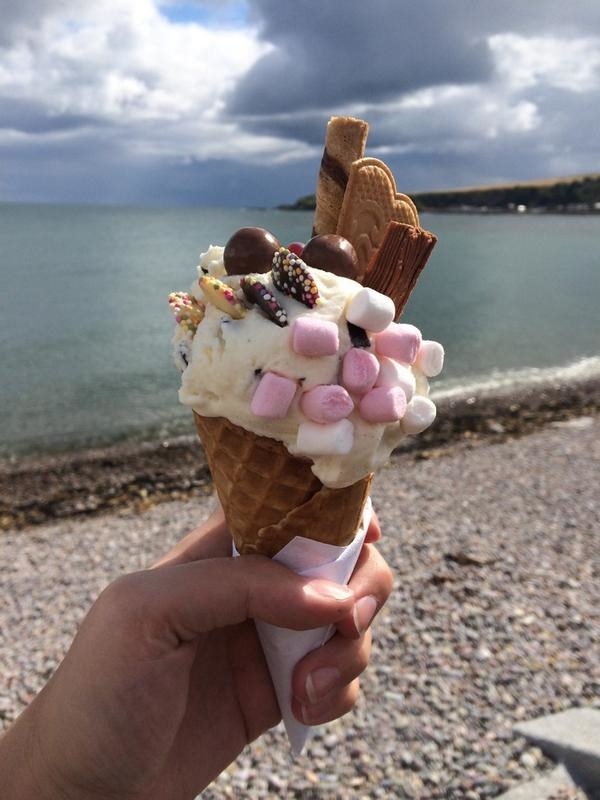 This pretty, traditional seaside ice cream shop near Aberdeen sells huge cones generously topped with as many sweets as possible, as well as amazing ice cream cakes. If you’re lucky, the sun might even shine while you’re eating them.

11. Gin and tonic cakes from Riverhill Coffee Bar in Glasgow. 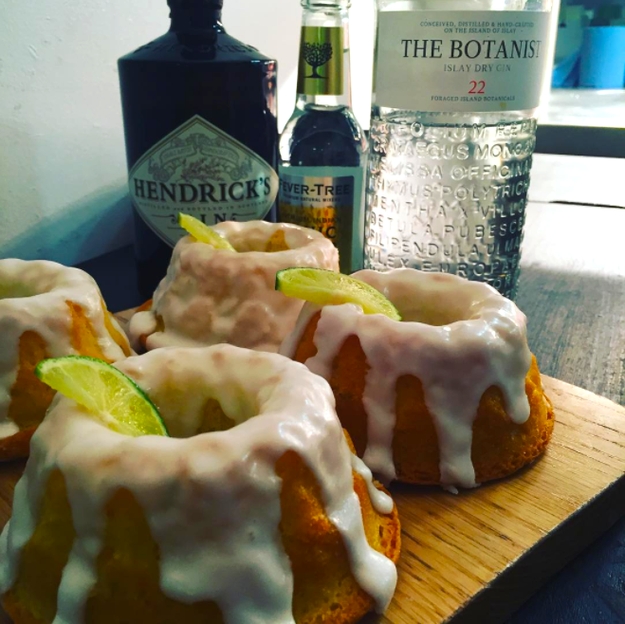 This bustling café in Glasgow city centre is mega popular with shoppers, not least because of its fantastic cakes like this amazing, zingy Scottish gin-infused sponge topped with a lime icing. It might not get you drunk, but it tastes great. 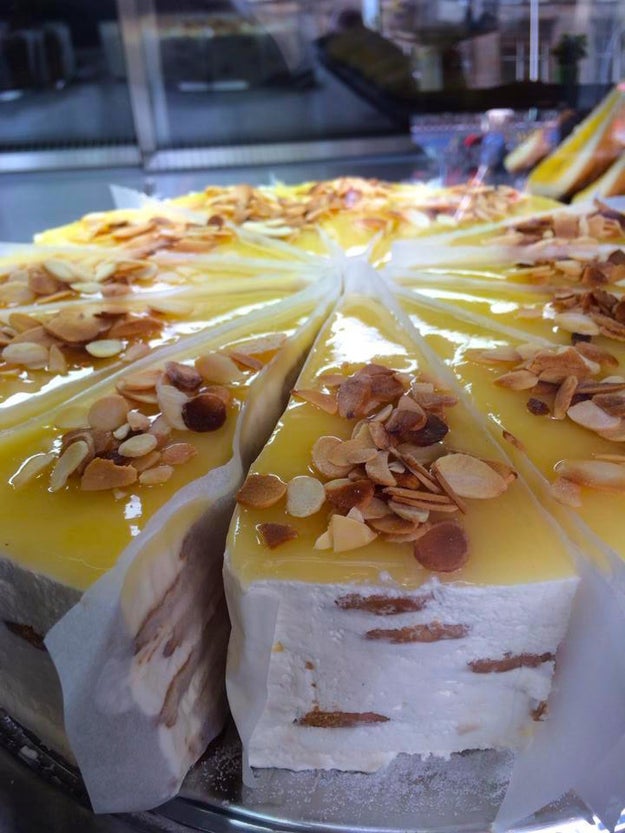 This Portuguese bakery has been getting rave reviews since it opened in 2014, with most of the praise heaped on its traditional pastel de nata; various traditional custard tarts like the light, creamy almond and nougat one above. Delicious.