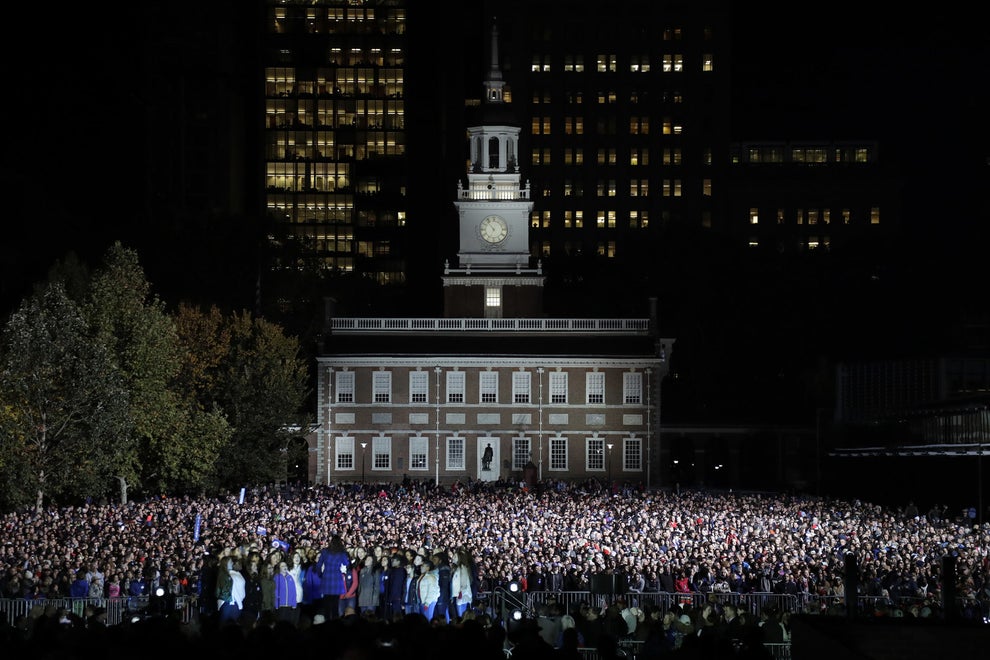 Jon Bon Jovi kicked off the rally with songs that included the Beatles’ “Here Comes The Sun.” 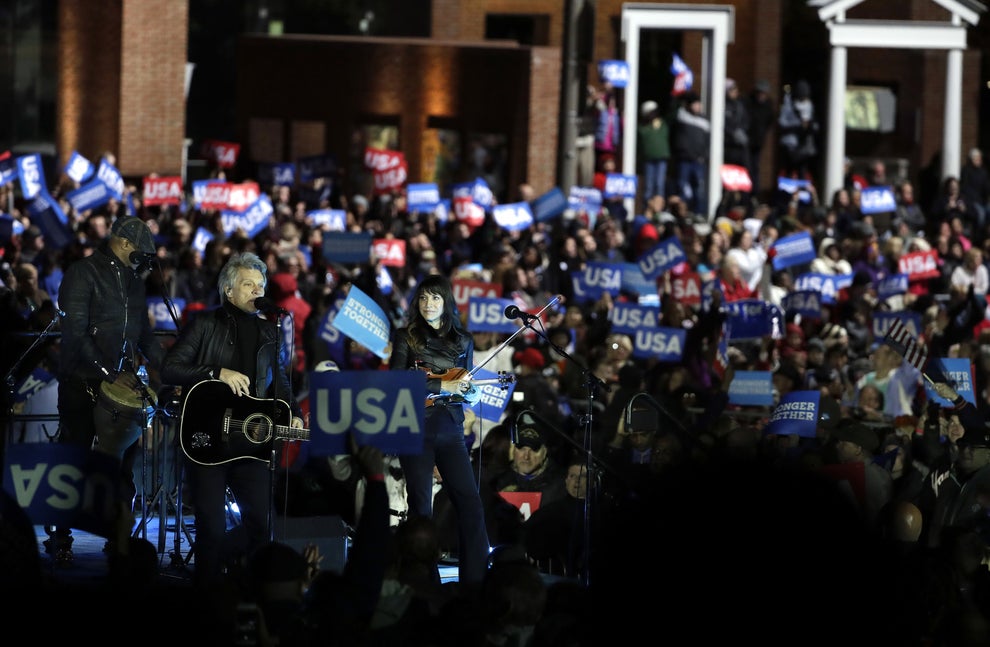 Voters brought out their Clinton apparel to support the candidate on the eve of the election. 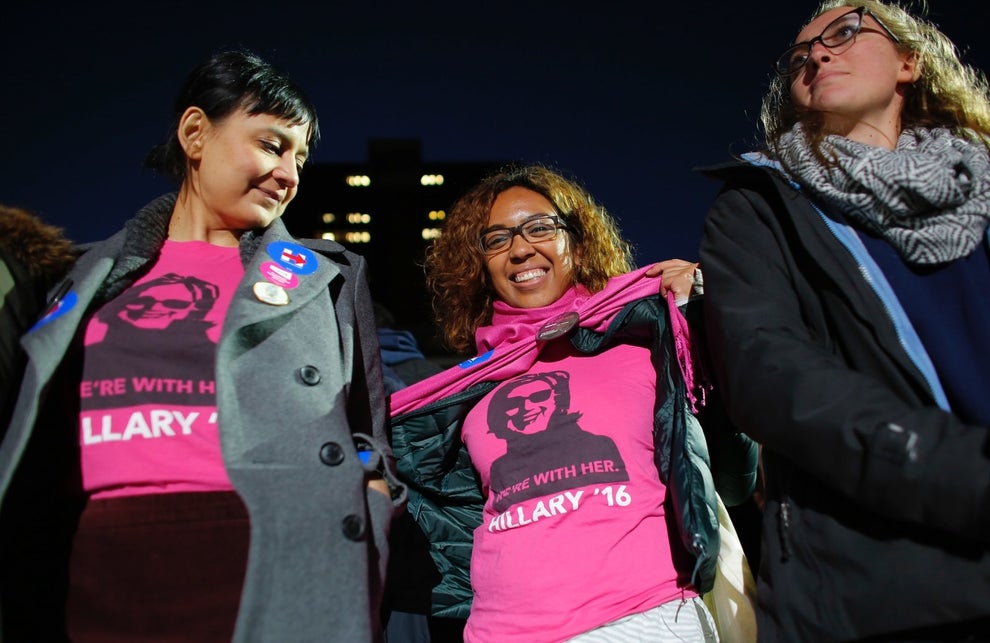 It was the largest event of a campaign season that had been marked by large-scale events. 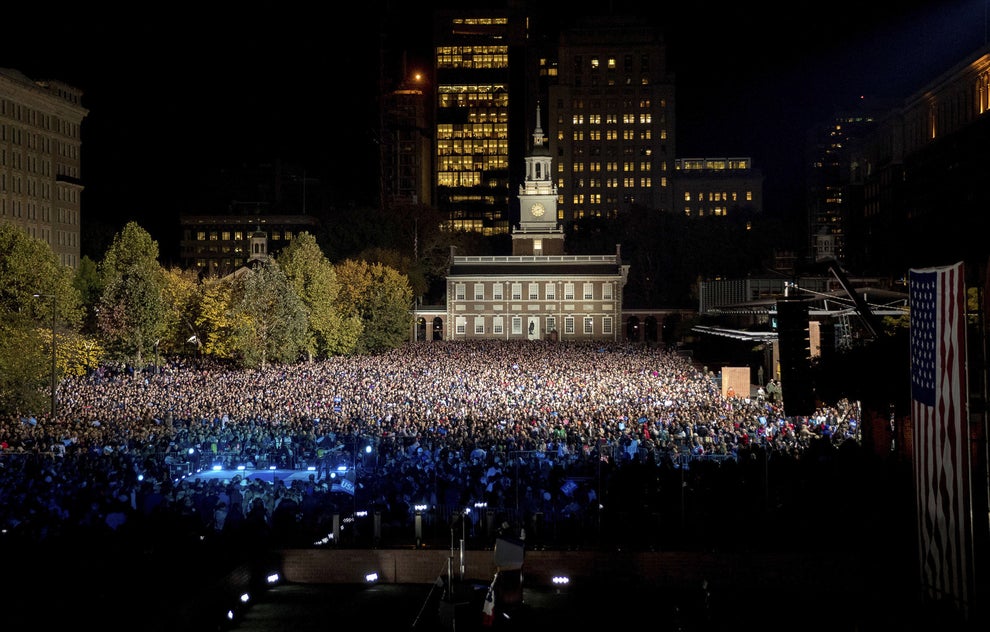 Authorities said 33,000 people made it inside the rally, and several thousand more were outside the perimeter.

Bruce Springsteen performed and shared his hope that voters would come out in support of Clinton and democracy. 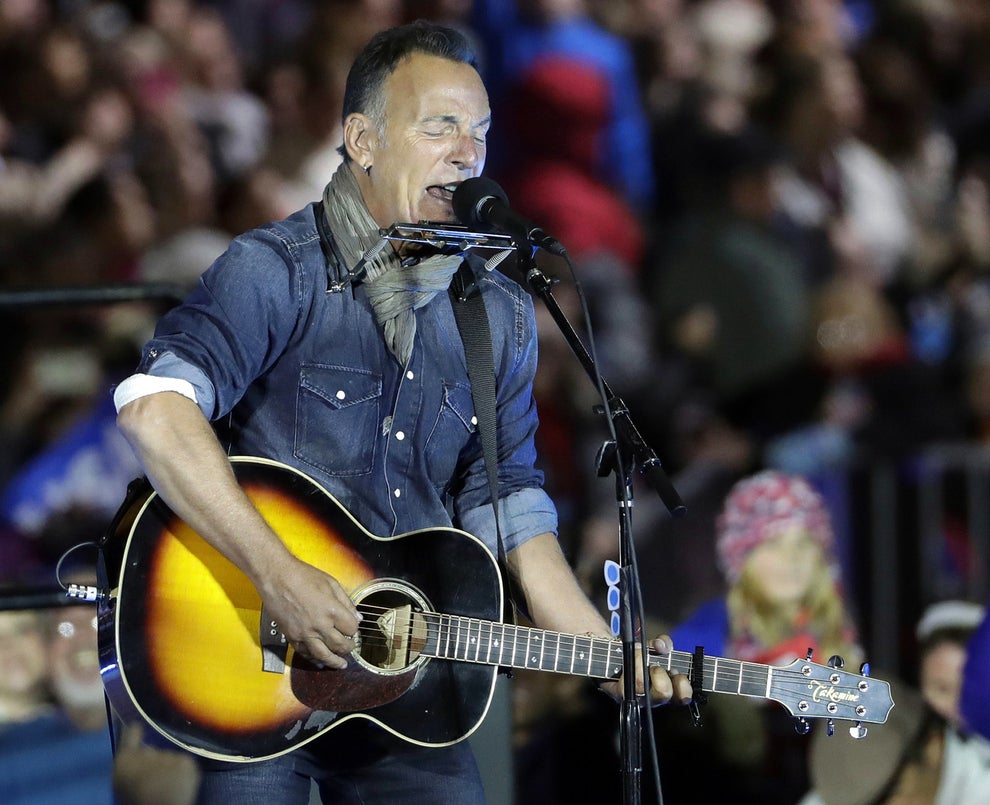 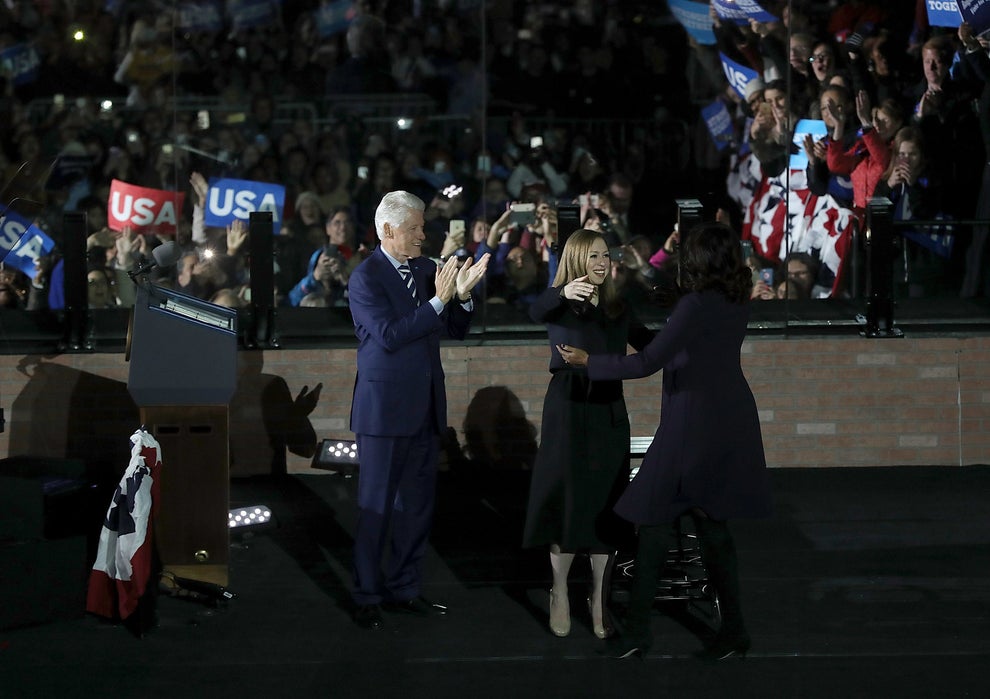