This is 5-year-old Jax and his friend Reddy. They go to school together in Louisville, Kentucky. 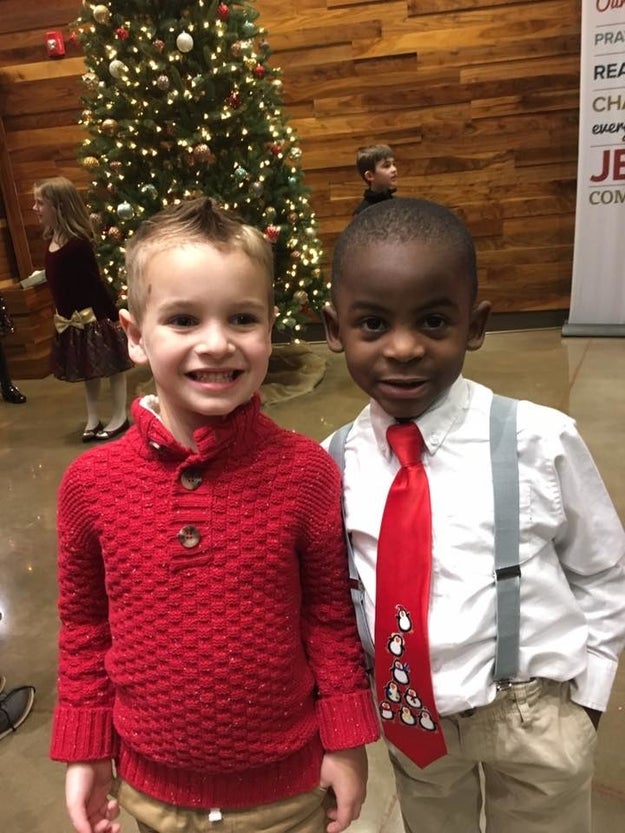 Last week, Jax’s mom, Lydia Rosebush, told him he needed to get a haircut, and he came up with a brilliant idea: He wanted to get the same haircut as Reddy so that their teacher couldn’t tell them apart.

His mom posted the story to Facebook, where it has since been shared more than 105,000 times.

“As a parent, my first thought was ‘that’s funny,’” Rosebush told BuzzFeed News. “But when I really thought about I was impressed by the fact that Jax doesn’t see any difference between him and his friend.” 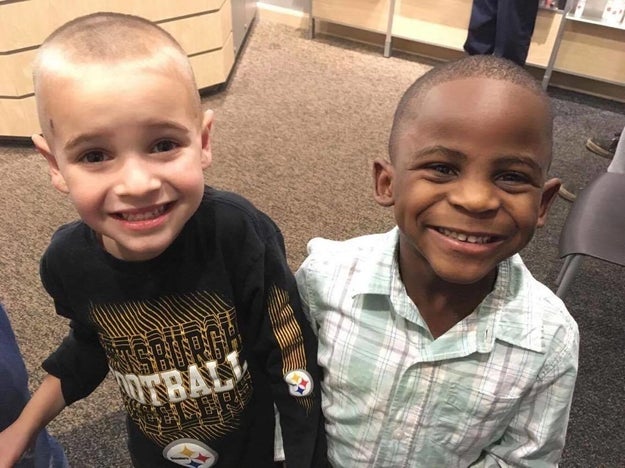 Local TV station WAVE 3 News accompanied the boys to the salon, where Jax got his hair cut and shot a video.

Rosebush said that the responses have been overwhelmingly positive, adding that the boys’ teacher played along with the prank all day.

She said she tries to teach Jax to love everyone the same, and that it was nice to see that in practice.