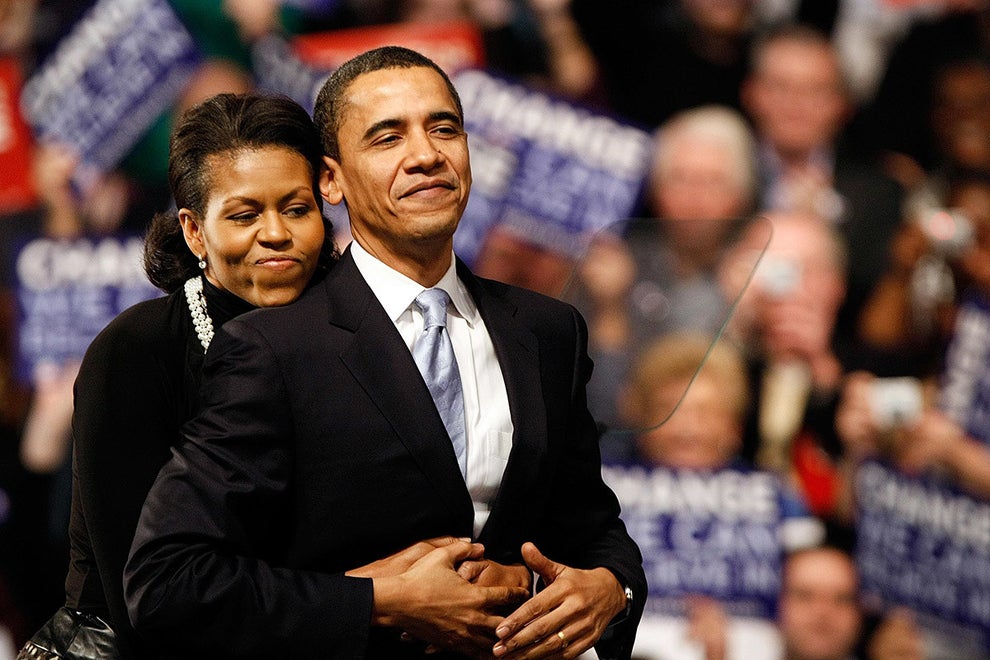 Democratic presidential hopeful Sen. Barack Obama is hugged by his wife, Michelle Obama, before his speech at a primary night rally in the gymnasium at the Nashua South High School on Jan. 8, 2008, in Nashua, New Hampshire. 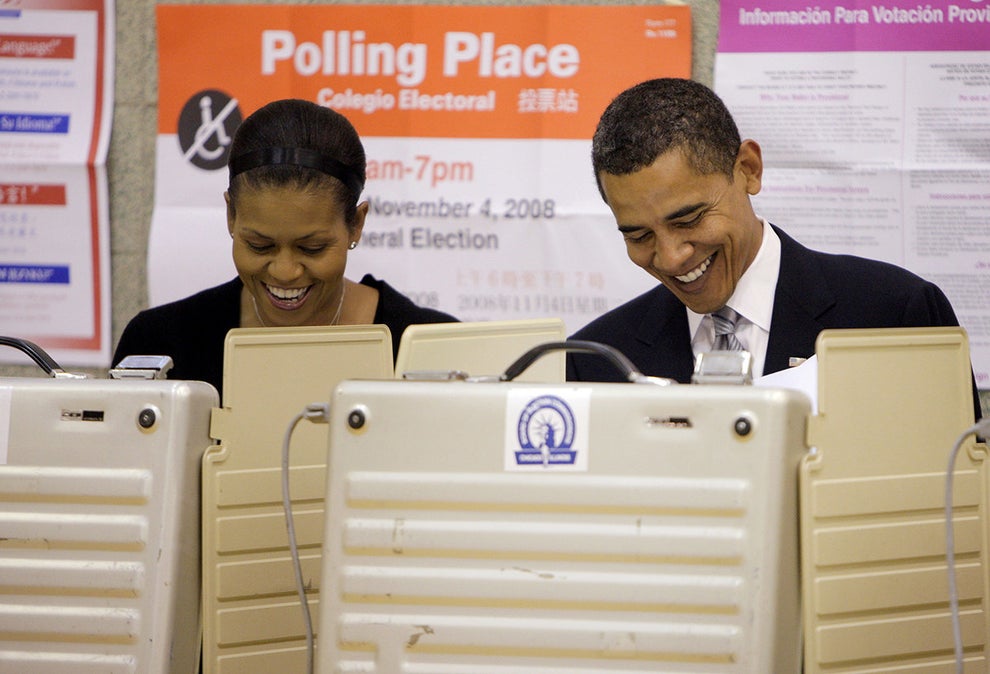 Barack and Michelle Obama cast their votes at a polling place in Chicago on Nov. 4, 2008. 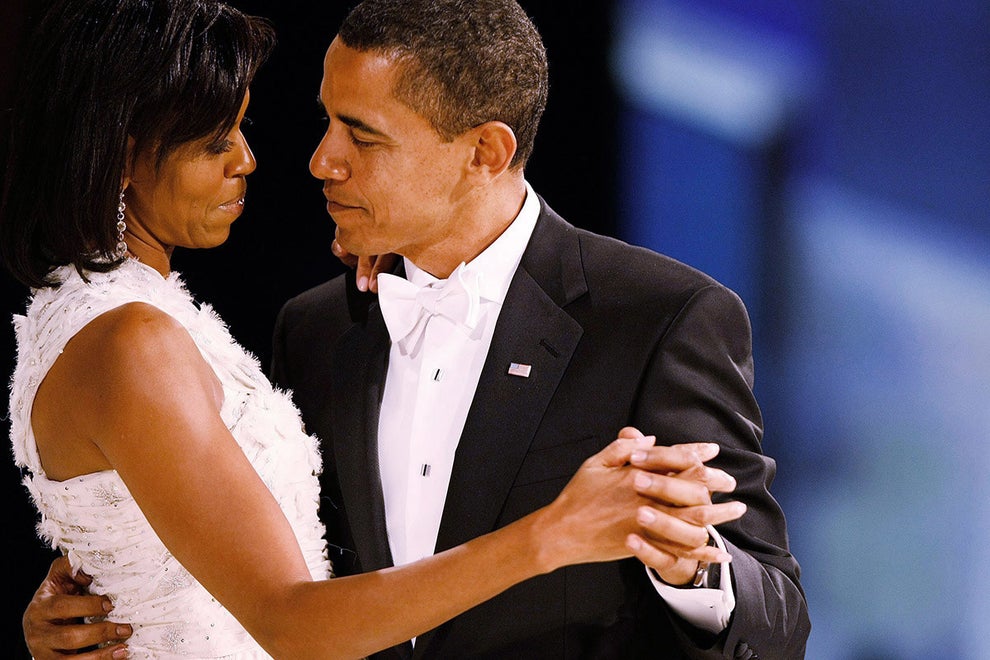 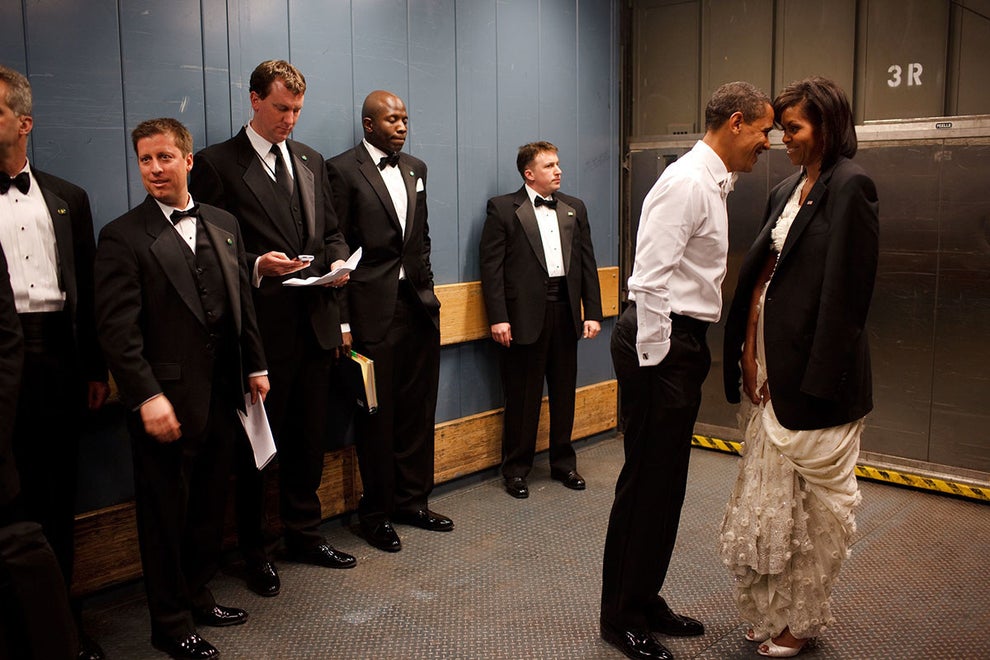 Barack and Michelle Obama share a private moment in a freight elevator at an inaugural ball in Washington, DC, on Jan. 20, 2009. 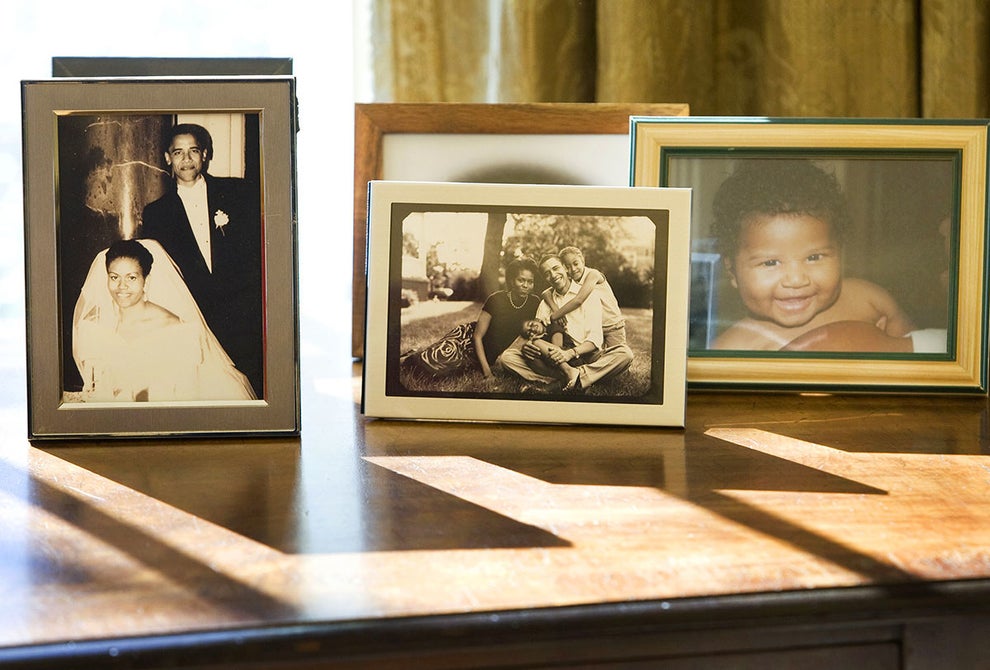 President Barack Obama’s desk in the Oval Office of the White House on Feb. 2, 2009.