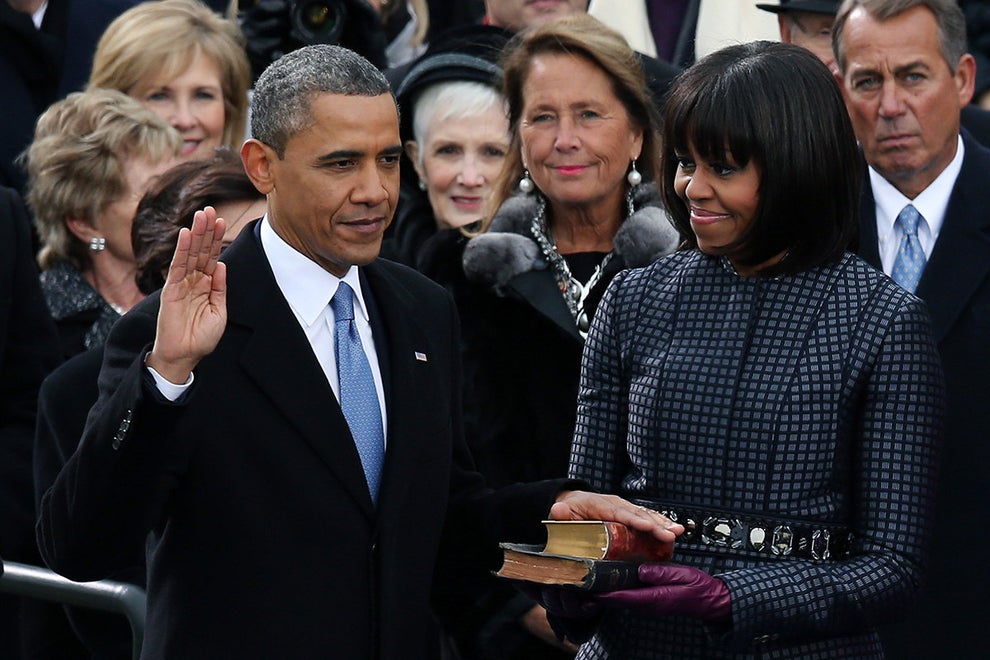 President Barack Obama is sworn in at the presidential inauguration on Jan. 21, 2013, in Washington, DC, after his re-election. 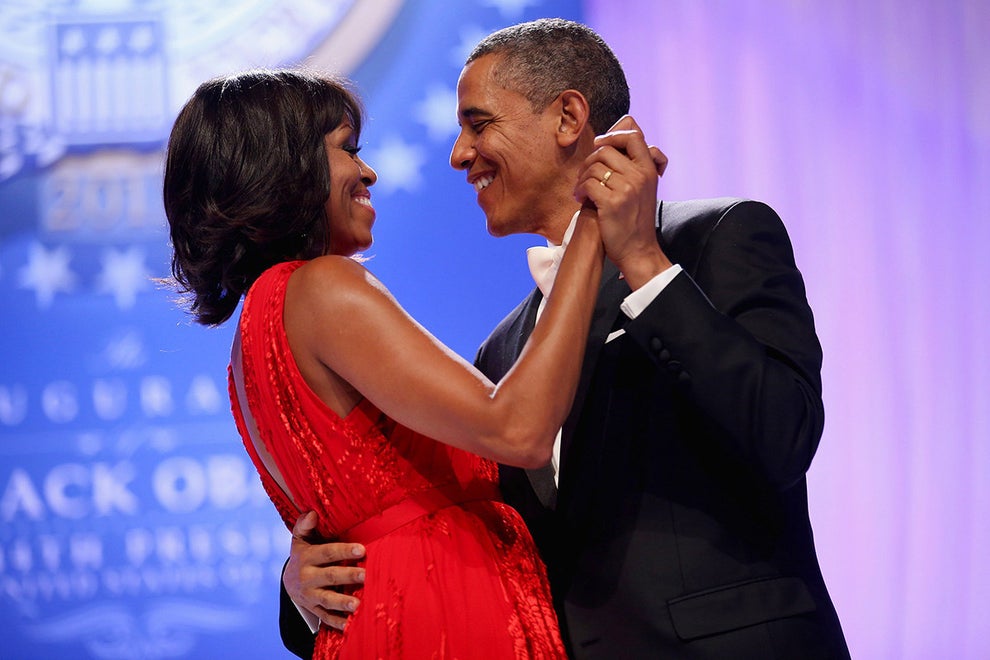 The Obamas dance at the Commander-in-Chief’s Inaugural Ball at the Walter Washington Convention Center in Washington, DC, on Jan. 21, 2013. 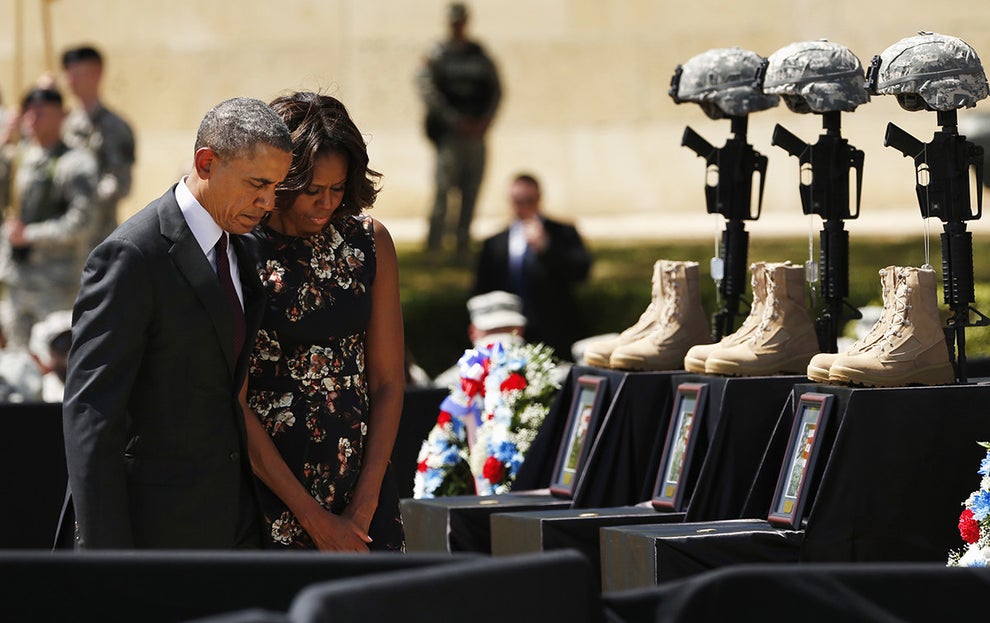 Barack and Michelle Obama pay their respects to the slain soldiers at a memorial service at Fort Hood in Killeen, Texas, on April 9, 2014. 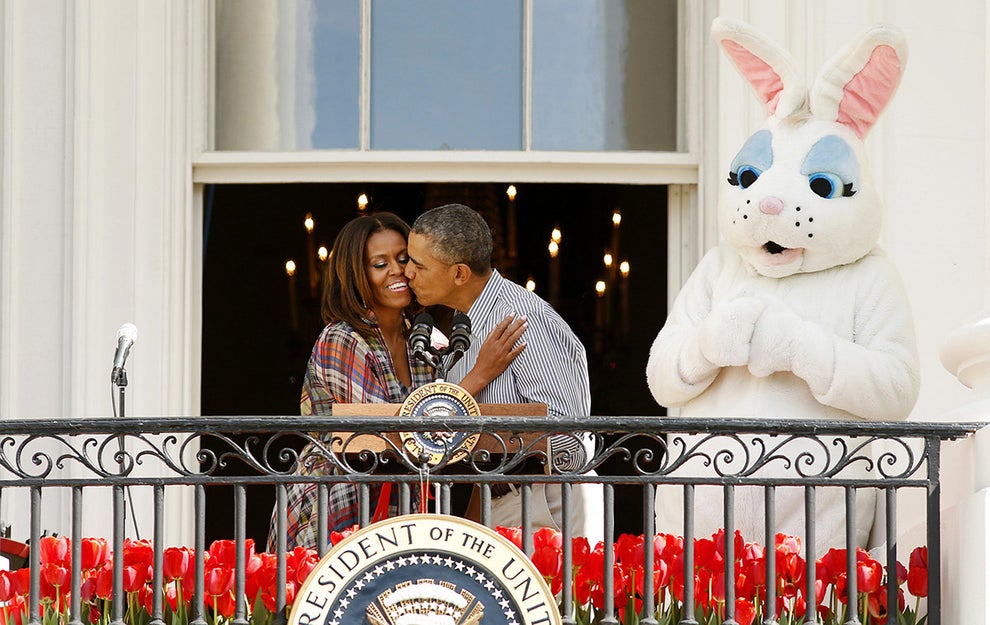 Barack Obama kisses his wife during the 136th annual Easter Egg Roll on the South Lawn of the White House on April 21, 2014. 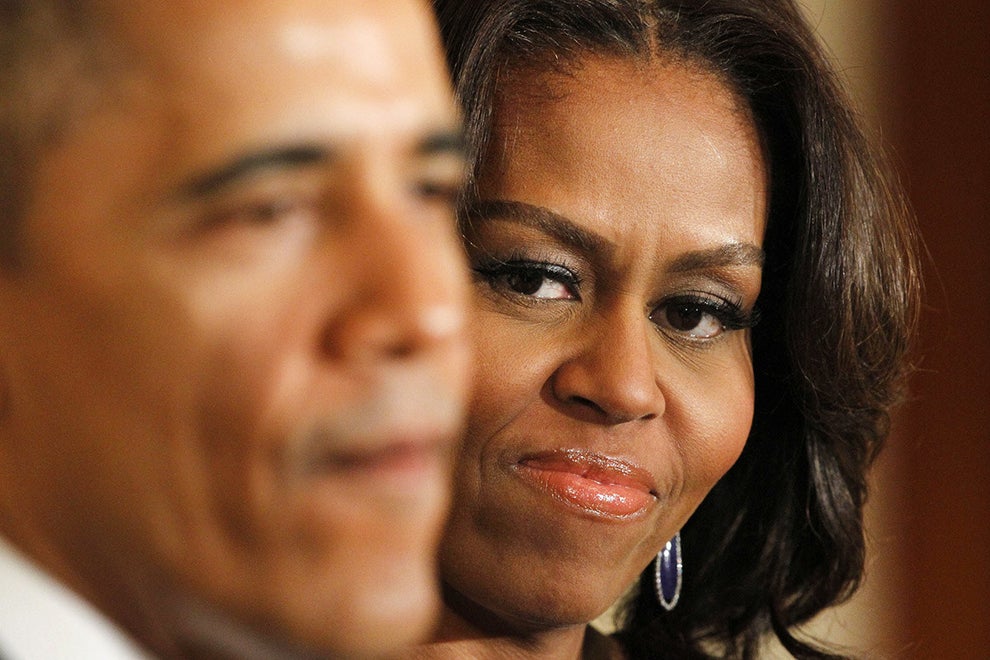 The Obamas announce their “Let Girls Learn” initiative in the East Room of the White House on March 3, 2015.