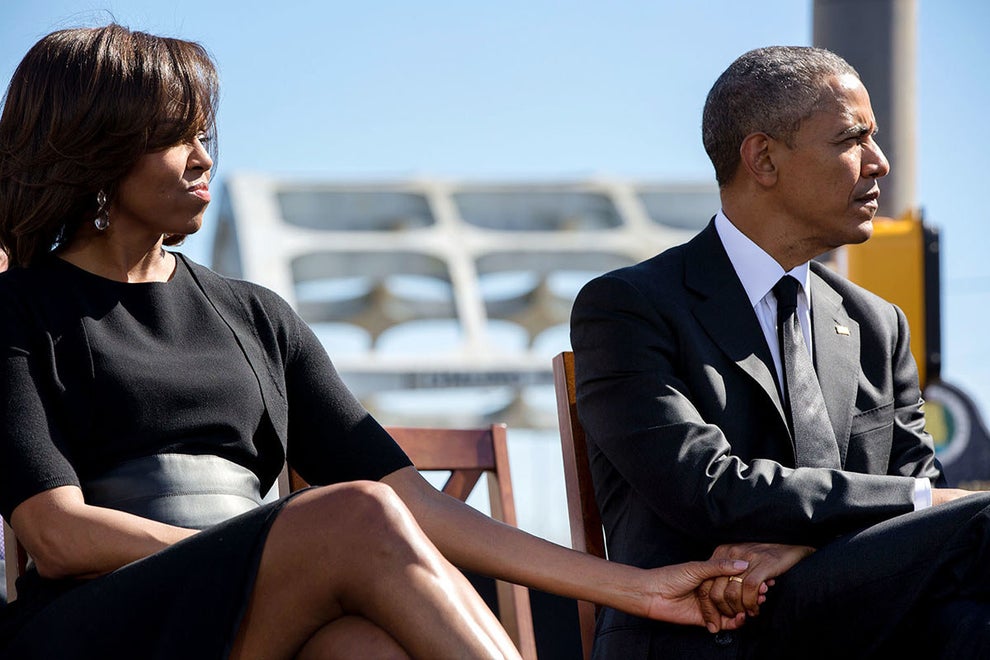 The Obamas hold hands as they listen to Rep. John Lewis speak during an event to commemorate the 50th anniversary of Bloody Sunday and the Selma to Montgomery Civil Rights Marches, at the Edmund Pettus Bridge in Selma, Alabama, on March 7, 2015. 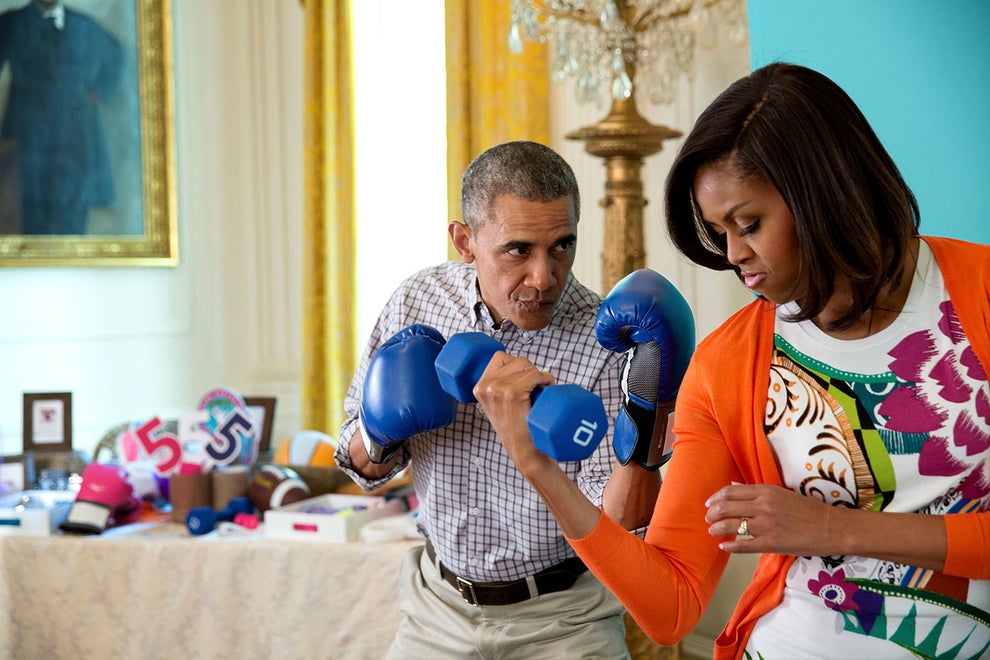 Barack and Michelle Obama pose for photos at the Instagram #GimmeFive photo booth in the East Room of the White House during the annual Easter Egg Roll on April 6, 2015. 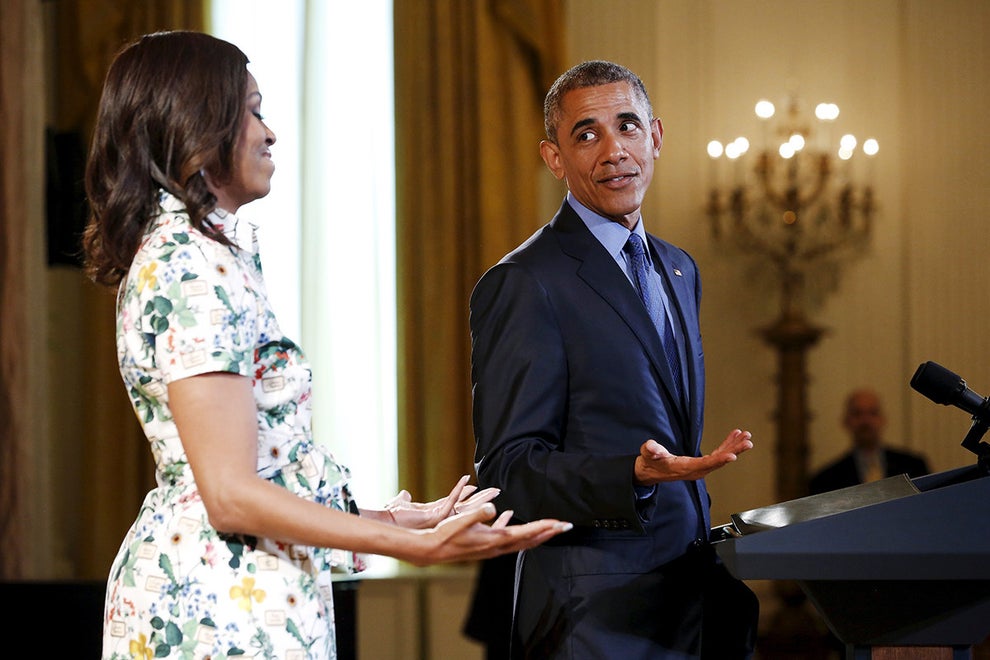 Barack Obama jokes with his wife as they welcome children to a kids’ “state dinner” at the White House on July 10, 2015. 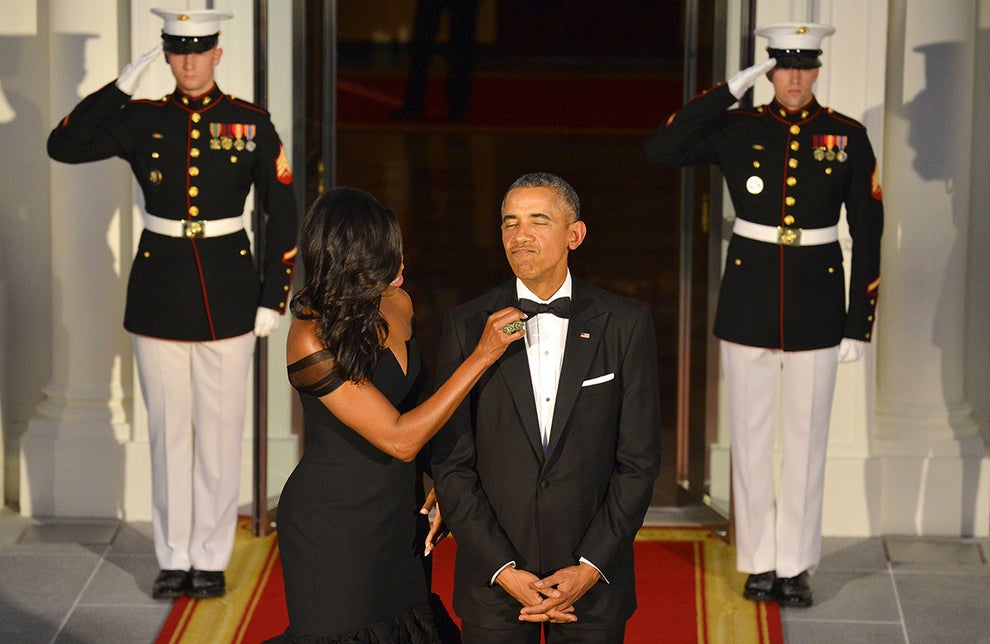 Michelle Obama adjusts her husband’s tie as they await the arrival of Chinese President Xi Jinping and his wife, Peng Liyuan, for a state dinner at the White House on Sept. 25, 2015. 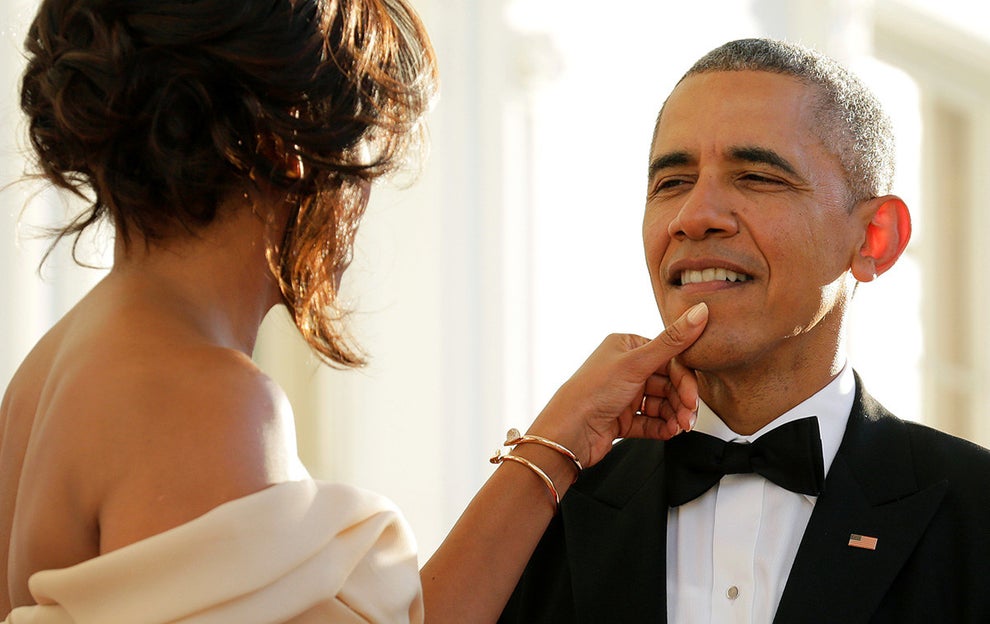 Michelle Obama cleans her husband’s chin before the arrival of Nordic leaders at the White House on May 13, 2016.